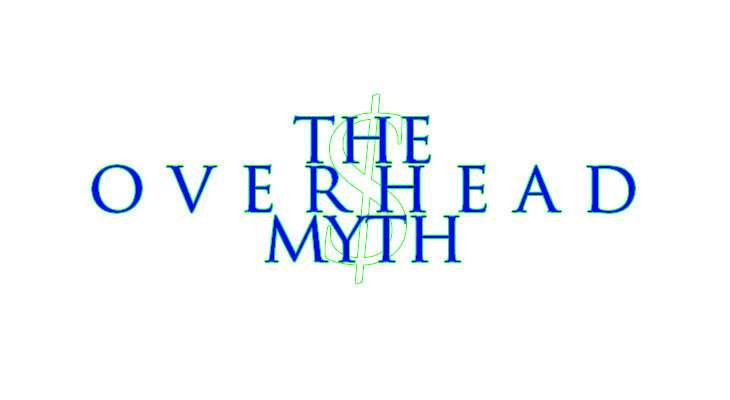 The Overhead Myth has weaved its way into the psyche of charities worldwide. It has crept into the media and the public eye of Australia with headlines like “Millions in donations blown on administration costs”, “Charities’ fund-raising costs swallow millions in donations” and “Are Charities Wasting Your Money On Admin?”, perpetuating the existence of the myth. There is currently no set reporting method in Australia that explicitly details how much of a charity’s funding goes to its cause VS its administration. This is a big problem for anyone wanting to know where the money they give to charities is going.

We all want our money to be spent on the cause we donate towards. None of us would like to think that our money is ‘wasted’ on seemingly unrelated and unnecessary expenses: sixty cents out of every dollar spent to receive another dollar, administration for administration’s sake, superfluous employees or unnecessary perks.

Yet this very idea—that money spent on anything other than a charity’s stated cause is a waste—actually prevents charities from being effective and makes it much harder for them to thrive. These are the unfortunate repercussions of the Overhead Myth.

It’s time to look at the facts and bust this myth wide open.

First of all, it is helpful to know the size of the charity sector in Australia. In our country, there are currently more than 57,000 charities, 1 for every 445 people! The large number of charities being created every year means that some charities will inevitably end up beleagured by inefficient management and poor financial stewardship, despite the best of intentions. Charities may spend too much on admin and fundraising to the detriment of their mission—or worse, become tax havens fraudulently siphoning money for shady characters. In the 2018 ACNC Annual Charity Compliance Report, more than 1,800 concerns were raised by the public about charities (almost 5 per day), up 6% from the previous year.

Australia is not the only country where concerns about charities have been raised. Particularly in the US in the wake of the 2008 financial crisis and beginning as early as the 1990s, charity watchdogs have been reporting charities’ financial information to help the public stay informed. They have traditionally used a figure called the ‘overhead ratio’ (Lecy & Searing, 2015; Bruno-van Vijfeijken & Schmitz, 2011). The overhead ratio is calculated by taking the amount a charity spends on overhead (i.e. administration costs) and dividing it by a charity’s total income. Some charities have been shown to spend over half their income on fundraising and administration.

Overhead ratios have traditionally been published as a way for potential donors to gauge the performance of charities and determine how much of their donation is directed to the charity’s mission. Although overhead ratios are useful, Australia does not mandate the level of reporting required to accurately calculate them for every charity. Unfortunately, this method of comparison, though started with good intentions, has led to some unforeseen consequences in the charity sector.

A charity having a high overhead ratio (>40%) may well be an indicator of inefficiency or mismanagement. But remember—there could be several reasons why different charities have different ratios that have nothing to do with their efficiency or effectiveness. Comparing charities purely on the basis of their overhead ratio, if it can be determined, is not ideal.

Currently, there is no universal standard to judge what counts as overhead and what doesn’t. Charities can each list different costs as overhead, meaning that two charities can spend the same amount on similar requirements but report very different financial figures. In Australia, the ACNC recommends that charities use the National Standard Chart of Accounts (NSCOA) process of reporting as a reference, but it is not required. This means charities still have the freedom to categorise expenses as they wish. Given that detailed reporting is not mandatory, the question remains as to where donors can go to find accurate information on how charities use their funds.

Another thing to be aware of is misleading advertising. A charity may tell you that none (or a very small amount) of your donation will be spent on overhead. But this is not because the charity has no overhead costs—these are a necessary part of a charity’s functioning. Rather, charities will choose to fund their overhead through investments, grants or philanthropists rather than through regular donations. So, while it is technically true that your donation may not be spent on overhead, it is important to remember that all charities use a proportion of their funds for overhead costs.

Different types of charities are going to allocate different amounts to overhead by virtue of their mission, size and location. For example, an inner-city charity needing a large staff to run a homeless shelter will cost more to run than a charity in a rural town that gets volunteers to read with children once a week.

Inefficient and fraudulent charities should be identified, and the overhead ratio can be used as an indicator, especially in the absence of other metrics. But be careful—when it comes to overhead ratios, there is often more to the story than meets the eye.

Some overhead is good

You may think that charities are most effective when they maximise program spending and minimise overhead spending. But in actual fact, charities that spend more on overhead costs are more effective in the long term (Wing & Hager, 2004). This is because charities are able to invest in their employees, allowing them to stay on for longer. In many charities (perhaps most), it is the quality of their ‘human capital’ which increases their effectiveness, rather than just the quantity of money they target at a cause. Paying employees higher-than-bare-minimum wages can help charities recruit and retain experienced talent, leading to better management and increased efficiency.

With more overhead spending, charities can invest in better technology, which frees staff from spending too much time on menial tasks and maintenance, allowing them to focus on administering their core programs and evaluating their effectiveness.

So, far from constituting unnecessary expenditure, spending the right amount on overhead can have a very positive impact on charities, and can make them more efficient and stable in the long term. Therefore, some overhead is good for both the charity and the cause, though it does of course depend on how well a charity utilises its funds.

As the Overhead Myth spread in the 2000s, charities reliant on donations were forced to focus on reducing their overhead ratios. This led to an unfortunate chain of events, dubbed the ‘Nonprofit Starvation Cycle’ (Wing and Hager, 2004). First brought to public attention in 2009 by Gregory and Howard in the Stanford Social Innovation Review, the Nonprofit Starvation Cycle goes like this:

Donors, whether governments, funds or individuals, have unrealistic expectations about how much it costs to run a sustainable and effective charity. They are particularly concerned with the proportion of their donation which will be directed to the cause. Often, they will go so far as to restrict the proportion of their funding which can be spent on overhead.

In order to attract and secure donations, charities are forced to cut necessary and beneficial costs and survive with antiquated technology, reduced wages and smaller staff numbers. This makes them less effective in their chosen field and actually hurts their cause rather than helping it.

The pressure to reduce apparent overhead costs makes it very tempting for charities to mislead the public when reporting their finances, as they are incentivised to report lower overhead figures in order to attract donations. The lack of standardisation in reporting and the threat of negative publicity combines to obscure the truth about where charities are really spending their funds. This in turn fosters the public’s unrealistic expectations about the costs involved in running a charity effectively and sustainably.

Welcome to the Nonprofit Starvation Cycle. Donors’ unrealistic expectations foster less effective charity practices, reinforcing the expectation that charities should be cutting their operating costs to the bone. Despite worthwhile programs continuing to suffer.

These are the real-world consequences of the Overhead Myth.

We need to fundamentally shift how we think about charity donations. Instead of monitoring charities by their overhead costs, we need to find more meaningful measures with which to compare them, such as their impact. This will allow charities to be more effective with the money they receive and give them the freedom to use their funding in ways which they know best.

This is why Giving Guide exists. We want to help you find information on charities that support causes you are passionate about, so you can be confident about your donations.

To the future of Australian charities,

Sorry, no articles was found.

Please get in touch, let us know your thoughts on how we can improve, change or fix the site to make it more user friendly. As well as receive updates and notifications about Giving Guide. 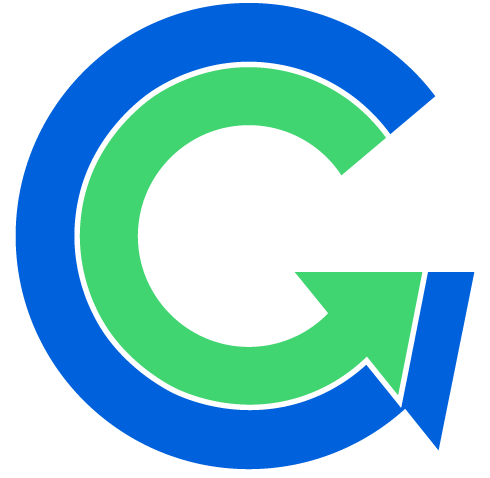